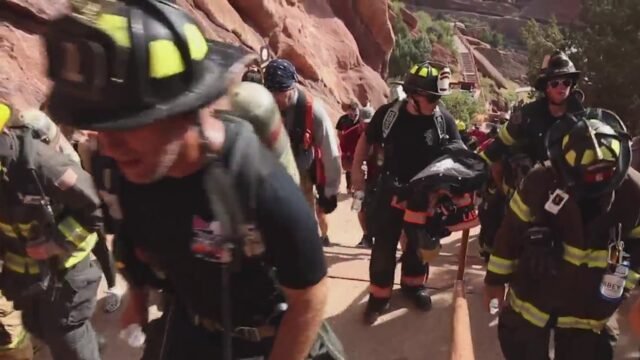 Some wore full firefighter gear, as their brothers and sisters did on that day 20 years ago.

“When we saw what happened to 343 people, our fellow brothers back in New York, it weighed on us. We always say every year, don’t forget. We’re not going to forget,” Lombardi said.

He points out that even more firefighters lost their lives after 9/11 due to health conditions caused by the dust and debris.

Now 20 years later, he hopes the event continues to honor and remember all those heroes, and he hopes it reminds all of us about the unity we once had as a nation.

“We were one nation together, and I’m hoping that we don’t forget that,” he said.