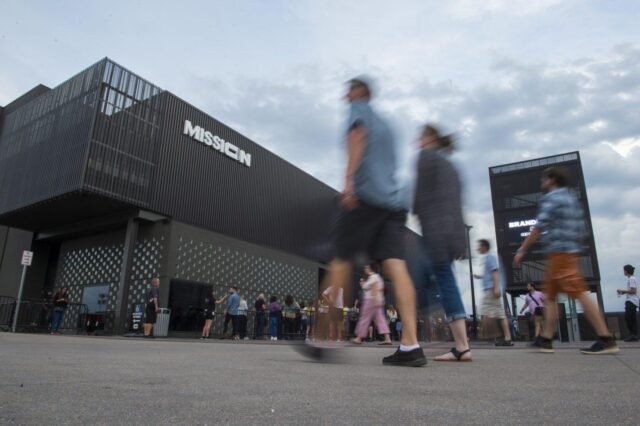 The concert industry’s efforts to keep audiences and performers safe just aren’t enough for some musicians.

Over the past few weeks, dozens of tours, festivals and one-offs have canceled or postponed their fall and early-winter dates due to COVID-19 concerns — in some cases, from band members testing positive for the delta variant. That includes shows that had just been announced as well as shows that had been postponed for up to two years.

This week was no better. Colorado concerts from Gary Numan, Saint Motel, Purity Ring and Yola were canceled or pushed back due to COVID complications, following recently nixed statewide dates from Lucinda Williams, Stevie Nicks, Dispatch, Airborne Toxic Event, Kenny G, 070 Shake and Watsky. Colorado acts such as Ben Roy and the String Cheese Incident also have canceled national dates due to COVID.

Pricey tickets, last-minute refunds, long waits and foggy futures have become disappointing realities for fans of live music. The by-now-standard rules adopted by most promoters and venues — masks, plus proof of a negative COVID test or vaccination — just aren’t enough to prevent some artists from dropping off the calendar.

The solution is not to give up, industry backers say, but to look past the way things have always been done and get practical about staying ahead of each new mandate.

“We’re fielding a lot of interest and applications already, which is great,” said Dan Mangan, co-founder of the Side Door musician’s site, which is offering cash incentives to encourage people across the U.S. to host a show in their home or business. “It’s a stimulus … adding fire to the flywheel.”

The shows, Mangan said, can be either in-person, online or hybrid, “depending on safety preference and local guidelines and restrictions.” Side Door pays hosts $500 per show and gets 10% of net proceeds, after fees. But “the subsidies are not recoupable in any way — this is Side Door’s offering.”

Denver’s Dazzle Jazz, along with other official and unofficial music venues in the metro area, is taking part in Side Door’s cash-incentive music program. (Denver Post file)

Side Door expects to host about 100 shows as part of its Back to Live program in its first year, following Mangan’s 2020 efforts to put money back in artists’ pockets with paid virtual shows, hybrid live-and-virtual concerts, and other events.

“We’ll run the pilot program until the funds are gone, or until the end of the year,” said Vancouver-based Mangan, a touring performer who appeared on “Jimmy Kimmel Live!” a few months before the pandemic devastated live events. Mangan is also well acquainted with living-room tours, having booked and played them himself for years.

“Until you can sell hundreds of tickets in any city, it’s just the most artistically and financially viable way to tour,” he said.

As recently as June, promoters were rushing to fill venues with long-postponed and newly booked shows. Even amid Delta variant concerns, dozens more continue to join the calendar each week. The global concert industry lost $30 billion in 2020, and a few short months of shutdowns will ravage the live music scene. Between April 1 and July 31, 2020, Colorado’s music industry lost 8,327 jobs and $344.6 million in sales revenue, according to a report from Denver Arts & Venues.

Denver artist Adiel Mitchell, 27, was one of the artists left in the cold by the surprise, last-minute, COVID-prompted cancellation of the Bohemian Light Music Festival in Fort Collins last month. (Andrew Han, provided by Adiel Mitchell)

To avoid more drop-offs — such as the last-minute cancellation of Fort Collins’ Bohemian Light Music Festival in early August — some events are offering large-scale testing and vaccinations at their venues and festival grounds. Organizers hope these medically viable efforts will assure audiences, artists and promoters that everyone is doing their best to stay safe.

Similar efforts — such as offering vaccinations at Red Rocks concerts in May — have garnered national attention and praise from medical experts.

“For us what’s important is that the community benefits,” said Blake Lackey, director of operations at Curative, which provides testing and vaccinations at arts and culture events, among others. “It happens to be in or around a live music venue, but it’s still focused on the community.”

Curative has set up nearly two dozen large-scale testing sites at music and cultural events nationally, from Pennsylvania to Oregon, with the goal of testing about 3,000 people for every 10,000-capacity venue. They’ve been especially active in Colorado, where festival season arrived with a bang last month.

That includes set-ups at the Telluride Film Festival, which concluded on Labor Day, as well as this year’s already-finished Telluride’s Ride and Jazz festivals. Curative is planning to set up at Telluride Blues & Brews Festival, Sept. 17-19, and at future events in town.

“At any one of these locations, the best-case scenario is that 80 percent of the attendees are vaccinated,” Lackey said. “We can usually expect about 2,000 people out of 10,000 not to be vaccinated, so we ramp up by providing those services in the days leading up to the show. In some cases, we’re testing for eight to ten hours per day.”

Curative has tested 22.2 million people and administered another 2.1 million vaccinations since March 2020, according to the company. Jumping into the live-events industry — where outbreaks could decimate an already shaky comeback — seemed like a natural step.

“If someone’s driving from Denver to Telluride, we want to be there for them on the day of the event,” Lackey said. “Especially with the seasons changing, and especially in the mountains, people have sniffles and coughs. Providing this broad-based testing is important for the (music industry), whether you’re vaccinated or not.”

Subscribe to our weekly newsletter, In The Know, to get entertainment news sent straight to your inbox.