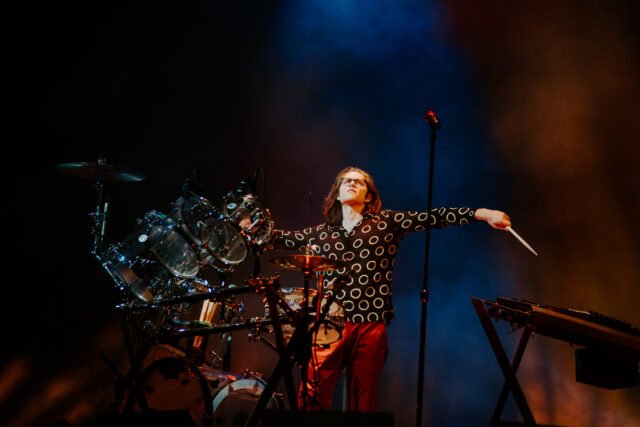 If you have any affinity for having a good time and getting your heart rate up, then you’d fit right in with the Friday night crowd at Big Wild. The entire show from start to finish felt like the well-oiled car engine revving. The three insanely talented openers, Mild Minds, Cannons and Bob Moses worked in overdrive to prepare the crowd for the eventual climax set to the tune of  Big Wild’s smash hit “6’s to 9’s”.

The show began with a set from Australia-native now based in LA,  Mild Minds as visibly eager attendees shuffled to their respective tiers in the venue. It was clear from the jump that the crowd came with the sole intent of enjoying themselves. Mild Mind’s set ended with the aptly named track, “DOPAMINE”, from his debut album, MOOD as people warmed up their dancing feet. Next, Cannons arrived on stage to a warm welcome from the crowd as the sun fell behind the stage and the moon scaled the sky stage left. Cannons served the perfect soundtrack to the Red Rocks golden hour. The dreamy vocals from front-woman, Michelle Joy and surfy guitar riffs from lead guitarist, Ryan Clapham had the power to float you to any beach sunset in one’s mind’s eye. 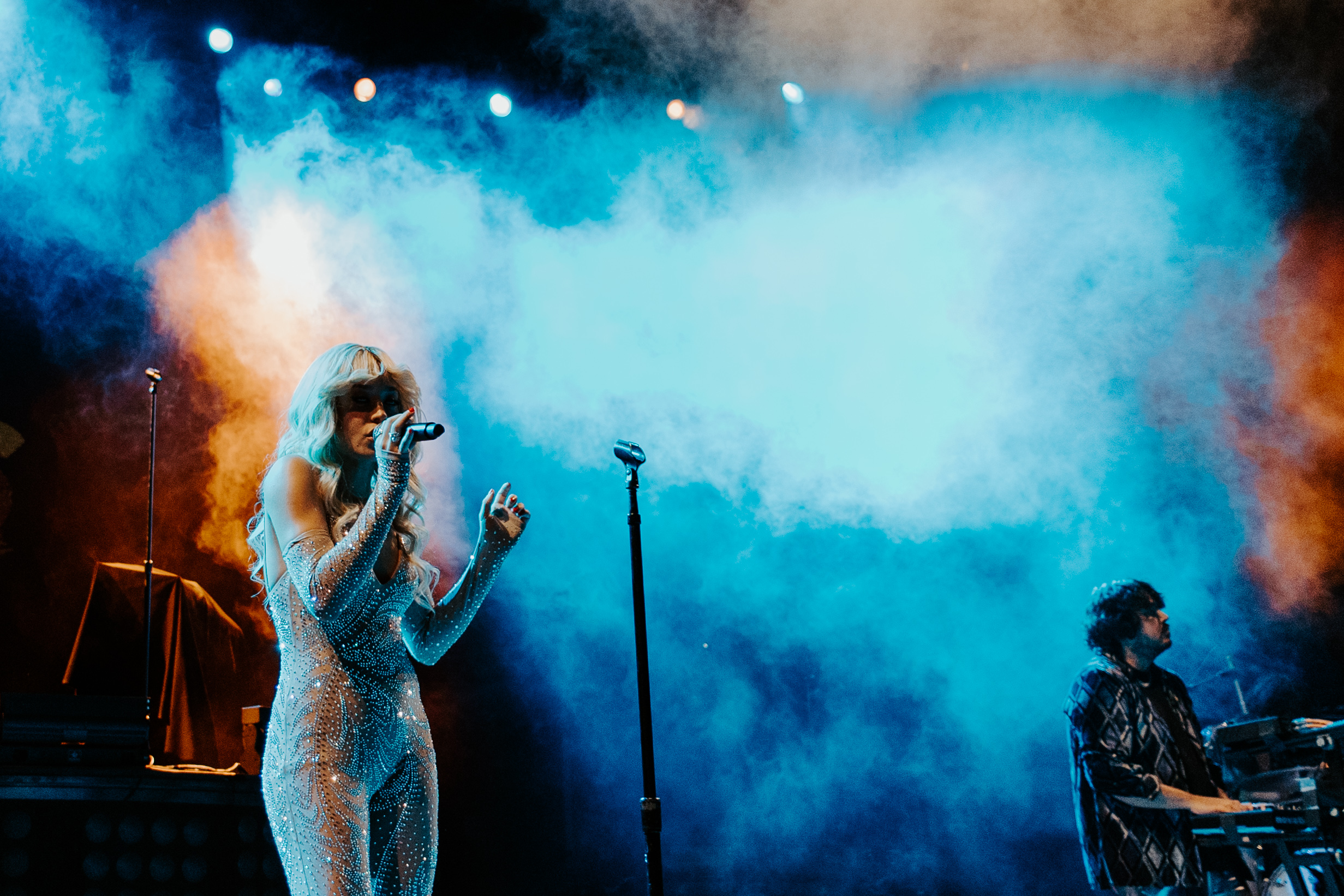 The final opener was beloved electronic duo Bob Moses. The energy these two brought to the venue was palpable. One track after the next sent the crowd into a frenzy with expertly engineered thrill from Jimmy Vallance and Tom Howie. Howie’s suave vocals and electric guitar in “Tearing Me Up” rang like commands to jump with anticipation. Their set was a pure display of the perfect symbiotic energy of performing — the two provided the sound and the crowd gave every bit of energy back in preparation for Big Wild.

The stage lights went dark, and the crowd lurched from their seated positions, only to bet by a spotlighted Maddie Rice masterfully picking the acoustic guitar. Finally, Jackson Stell as Big Wild was illuminated onstage to a roaring crowd, and so it began — a series of flawlessly executed moments of undiluted awe and excitement. 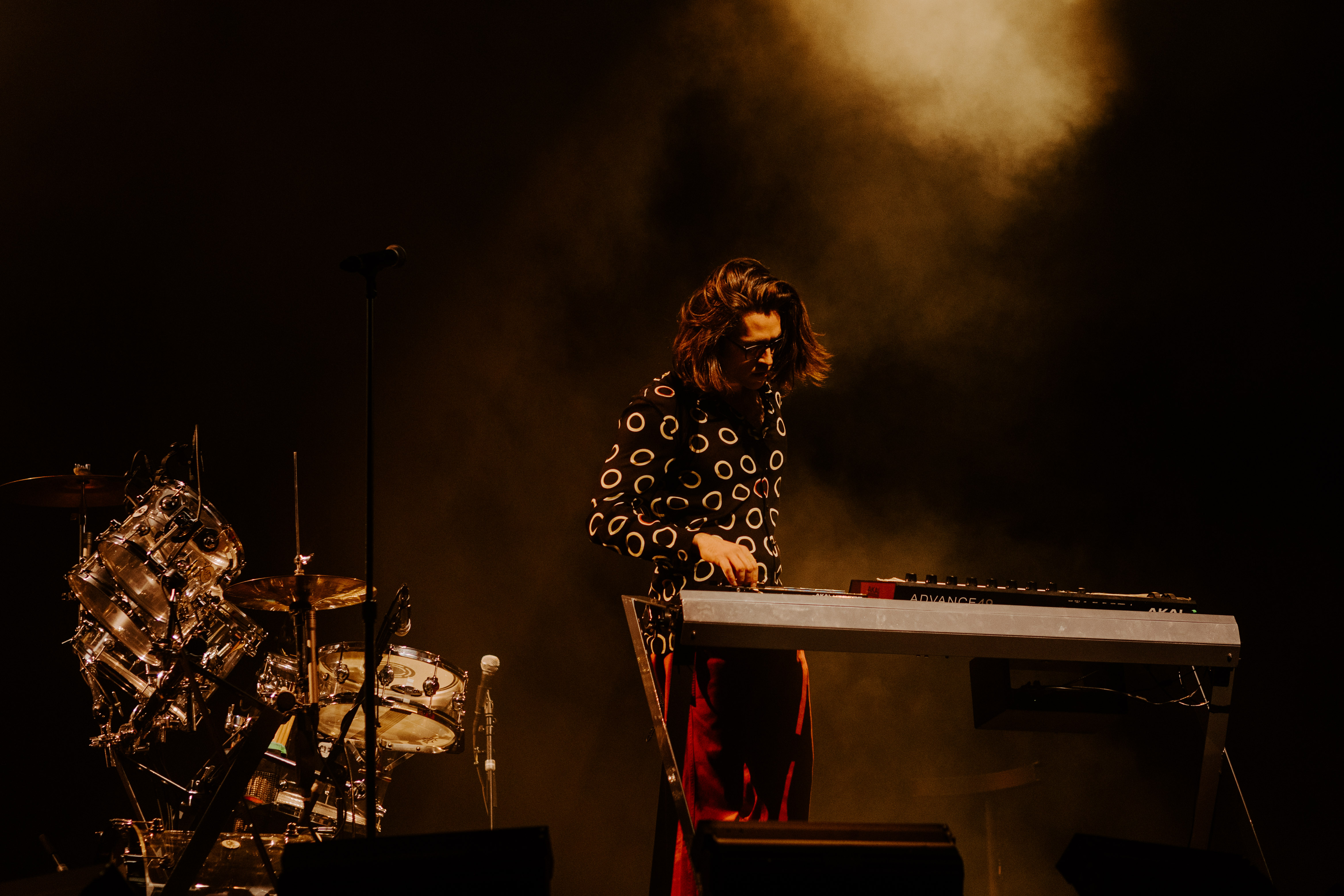 It is abundantly clear that Stell was born to produce and perform. Each moment of the show was packed with energy, breathing life into his two-night appearance at Red Rocks.

“I didn’t think this show would happen until I stepped on this stage and damn it feels good to be back,” Stell proclaimed during his set.

Multi-instrumentalist, Stell, deftly switched from drums, to piano, to vocals, to the soundboard, and even to perfect whistling. He fearlessly marched the crowd through the set with his drum kit. He was the beat, and the crowd assumed a collective groove, joining together for an overwhelmingly euphoric dance party. After his performance of “No Words” from his debut album, Superdream, he showed obvious relief after a trying period without live music, revealing, “I’ve been waiting almost two years to play that song.”

Stell’s music career began with him selling hip-hop beats in high school and later moved on to mastering the art of remixing songs. It’s only fitting that he included this talent in his own live show, performing Big Wild remixes of Sylvan Esso’s “Hey Mami”, Corona’s “Rhythm of the Night” and Tina Turner’s “Proud Mary” with standout vocals by Haley Johnsen and iDA Hawk. 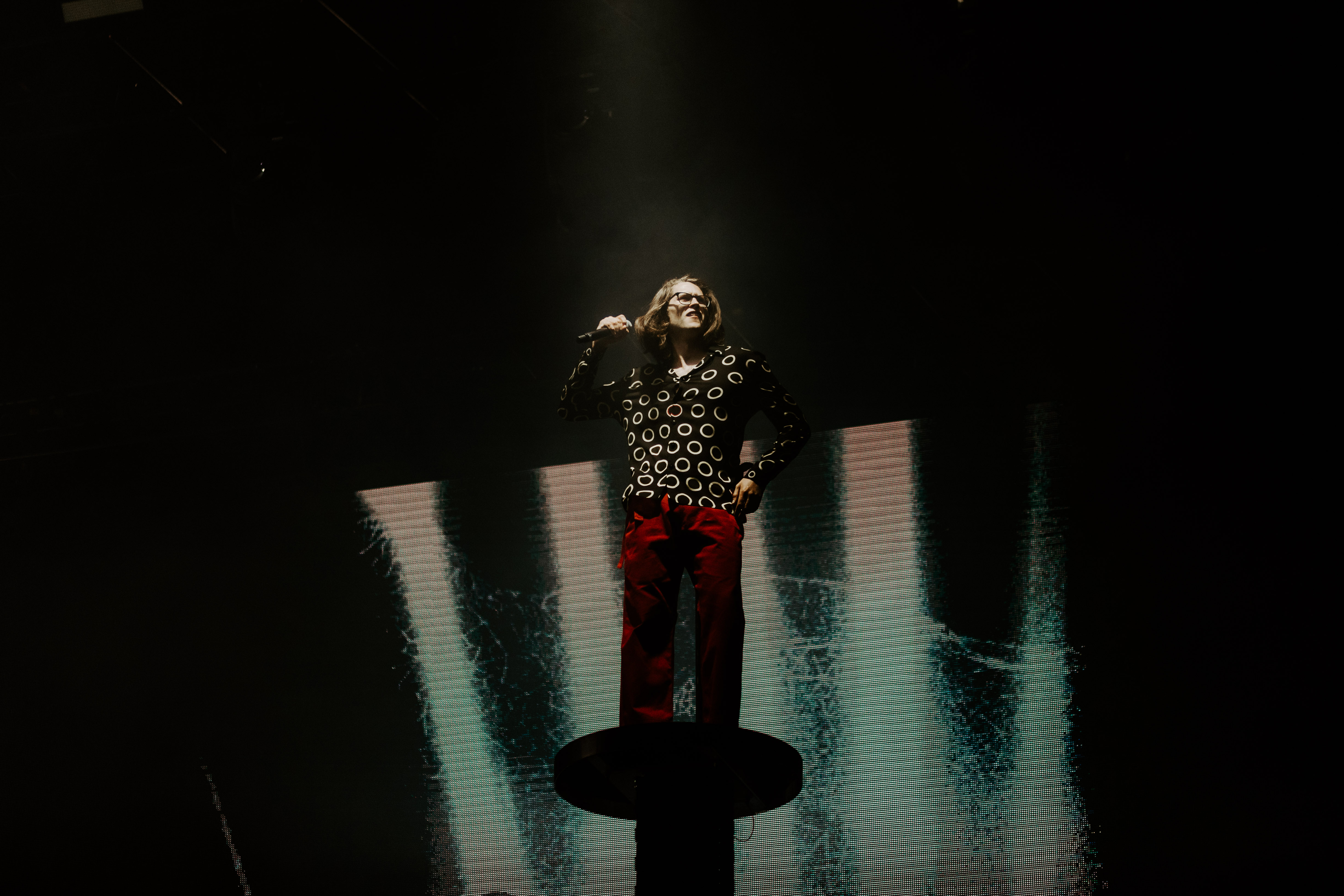 Stell ended his show by saying a quick goodnight followed by abrupt darkness, only to be met by a rioting crowd. Stell reappeared minutes later lifted about 50 meters off the stage on a pedestal against a starry backdrop for an ethereal performance of “Awaken”. Stell shouted, “The people have spoken,” and shook the venue with his hit banger, “6’s to 9’s”, bringing the show to a close until his next energetic Red Rocks production.

All photography by Bridget Burnett. Check out the full gallery here.