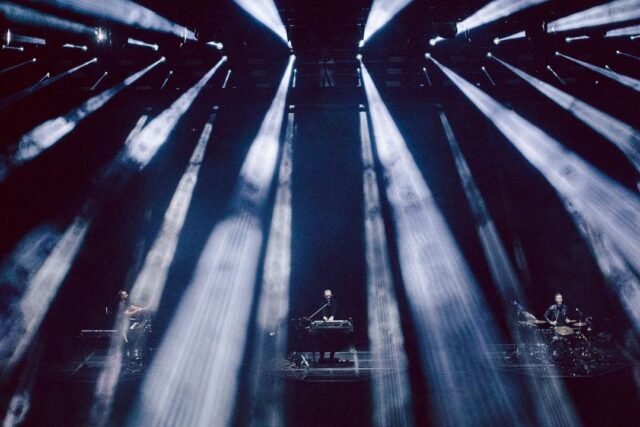 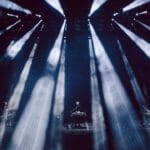 In between the rollout of their fourth album, RÜFÜS DU SOL rejoined the live music circuit for the first time in 18 months with a glorious two-night return to one of the planet’s most hailed venues in Red Rocks. While neither evening was publicly known to be filmed in its entirety, the Australian triad had previously hinted that part of the performance would be available to relive in some capacity in the near future, with RÜFÜS DU SOL now taking to The Late Late Show with James Corden to share a recording of “Alive” from Colorado.

Before running the clip, RÜFÜS DU SOL virtually spoke with Corden for a few minutes to talk about their unexpected pre- and post-show rituals of ginger shots and winding down with an ice bath, how they’re putting the finishing touches on their senior LP, and the feeling of getting to finally appear at Red Rocks again.

Professionally captured in front of a sold-out crowd, RÜFÜS DU SOL’s live rendition of their album’s first offering was as sublime as imaginable and the ultimate follow-up to their Joshua Tree outing, with Tyrone Lindqvist, Jon George and James Hunt manning their compartmentalized booths and formally reintroducing themselves to the electronic music world.