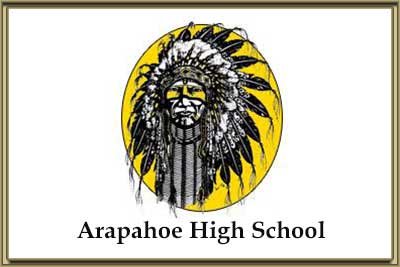 DENVER (KDVR) — Only two school districts in the state have had their use of a Native American mascot approved by the Colorado Commission on Indian Affairs.

This comes as that commission is set to hold one of four meetings this year on that subject for other schools that still have Native American imagery and mascots.

The Arapahoe High School Warriors and the Strasburg High School Indians were both approved by the commission after a bill passed last summer prohibiting use of American Indians as mascots.

Monica Johnson is the superintendent at Strasburg School District 31J, which got approval from the Northern Arapahoe tribe to keep their mascot: the Indians.

“We had them come in and say tell us anything you need us to take down or take off or stop doing it, and we will stop doing it,” Johnson said.

This process, bound both communities by respect for the native heritage. The Indian logo, used by Strasburg High before, was even removed from its basketball court.

“They did not ask us to take that Indian off of the floor, because they knew it was going to be expensive,” Johnson said.

The school district maintains a relationship with the tribe, Johnson said, based on respect and education.

“They come and they bring pow wow in and they share their culture with us, and they teach us about what it means and what their culture stands for,” Johnson said.

The tribe has even received a new logo designed by an artist who is also a tribe member.

“In the way that we’re approaching this, the Native American tribe, the Northern Arapahoe tribe, is saying we appreciate it and we don’t want you to change it,” Johnson said.

Arapahoe High School also received permission to keep their Warrior mascot and even received a new logo design from a tribal artist.

This hasn’t been the case for all school districts. There’s a list of districts that still have native imagery and mascots.

Johnson said she knows of one district specifically that sought permission to keep their mascot and was denied.

Commissioners will meet on Thursday to decide which districts get to keep their Native mascots and which may be forced to change.