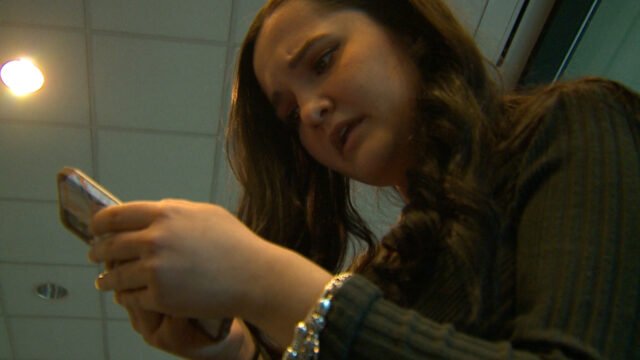 DENVER (KDVR) — The situation in Ukraine is becoming desperate for many people including some who live in Denver now.

Natasha Burgess was born in Mariupol, a city in eastern Ukraine, and has lived in Colorado for the last two years.

“It’s like I know those streets, I grew up on those streets. It’s unreal, it’s like sometimes I think is this a dream,” Burgess said.

Communication with her family, she said, still in the country has been limited.

“The last time I heard from my grandparents in Mariupol was March 2,” Burgess said. “My grandma was able to text my mom, briefly, four days ago just to let her know ‘hey we’re alive, we’re holding on, we’re trying to survive.'”

Those brief messages are a precious update that the Russian invasion hasn’t claimed the lives of her loved ones.

Recent images of a children’s hospital, destroyed by Russian missiles were familiar to Burgess.

“I was born in that hospital, it’s a 20-minute walk from where my grandparents live,” Burgess said.

She was in the country just two years ago.

“When I was with my grandparents in Mariupol I got to visit all the places I used to go when I was little – to the beach, to all the parks and stuff. It brought back so many memories and the country doesn’t look like that anymore,” Burgess said.

She said her phone has become her link to the everchanging situation.

“I’ve been reading reports about people collecting rainwater and snow and boiling it on bonfires outside to drink it,” Burgess said.

She’s received reports that people, like her own family, can’t escape the war zones.

She described the constant fear she feels when she gets a notification.

More information can be found about help for Ukrainians escaping war zones.